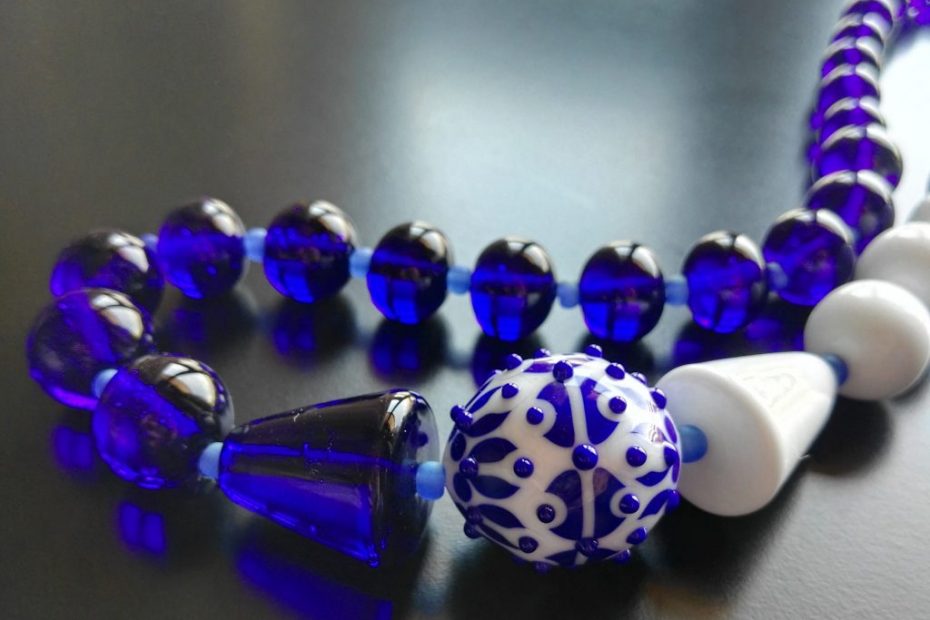 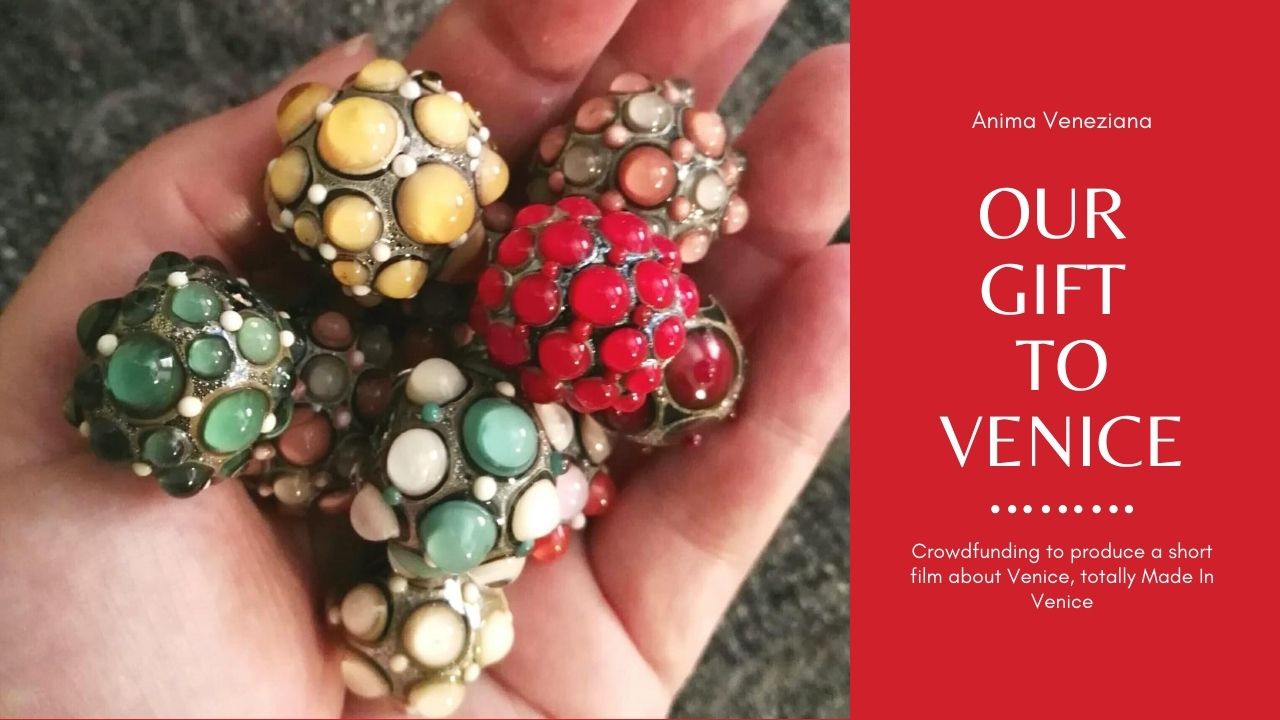 Consider glass, a body so compact that not even the perfumes that pervade everything can cross it and, indeed, remain prisoners of it; how easily the light passes through it! 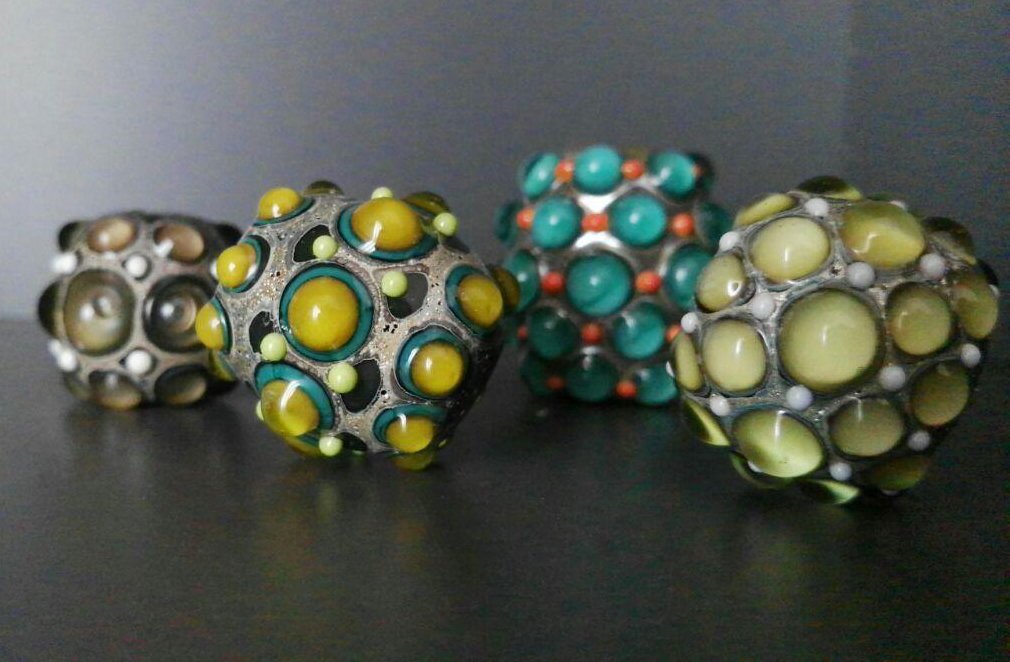 The torch flame melts the tip of the glass rod, which becomes incandescent. A tiny heart of lava becomes perfectly round. 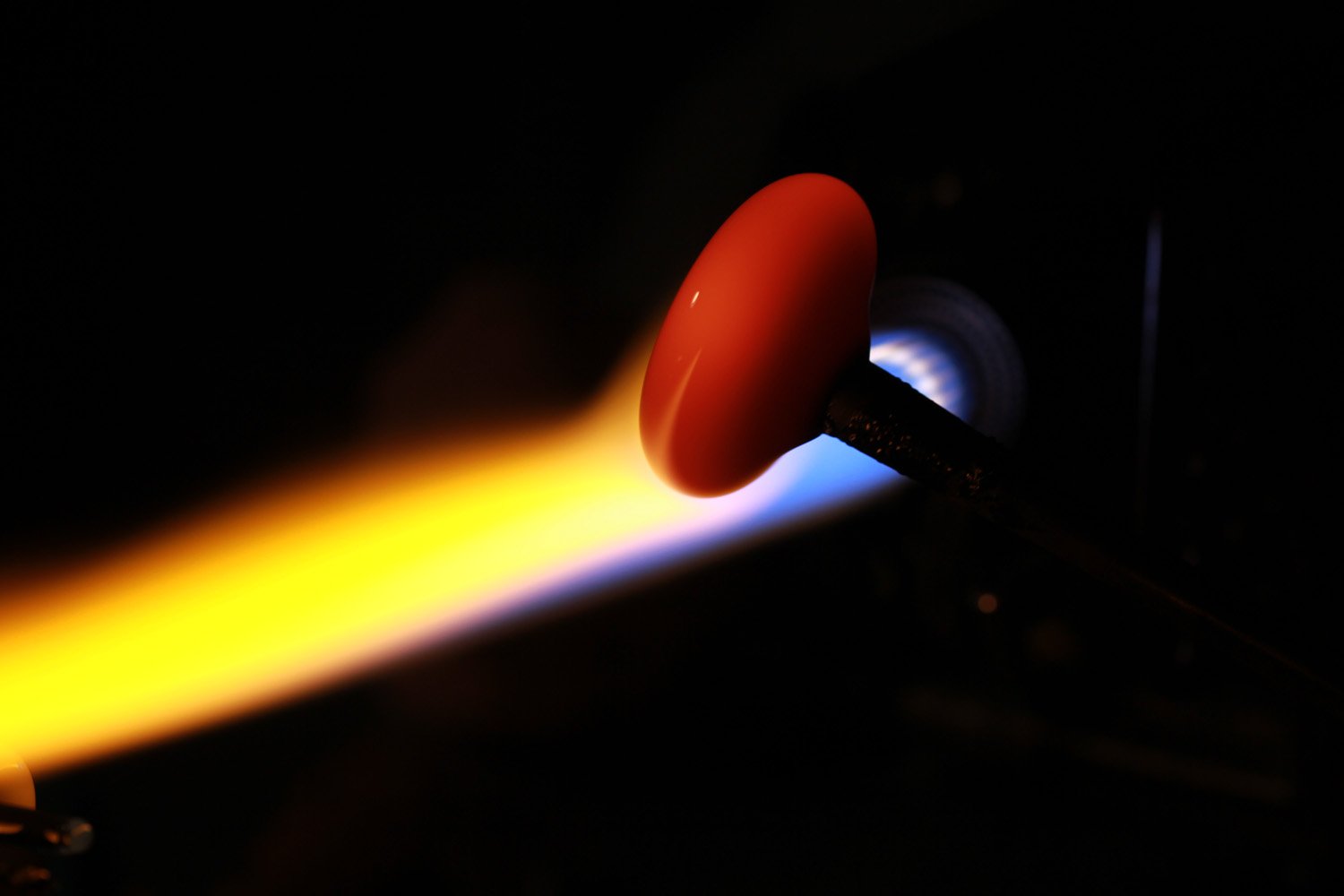 The hands never stand still; they continuously rotate the glass bar. The glass is viscous like honey and as such it undergoes the force of gravity.

To maintain the round shape you have to rotate the bar back and forth. Quick touches to shape it and the bead is ready. It is placed in the ash, which quickly reduces the incredible temperature reached. One thousand five hundred degrees Celsius.

An operation that requires a steady hand and great dexterity. Venetian “perlere” have done this for centuries, in Murano. 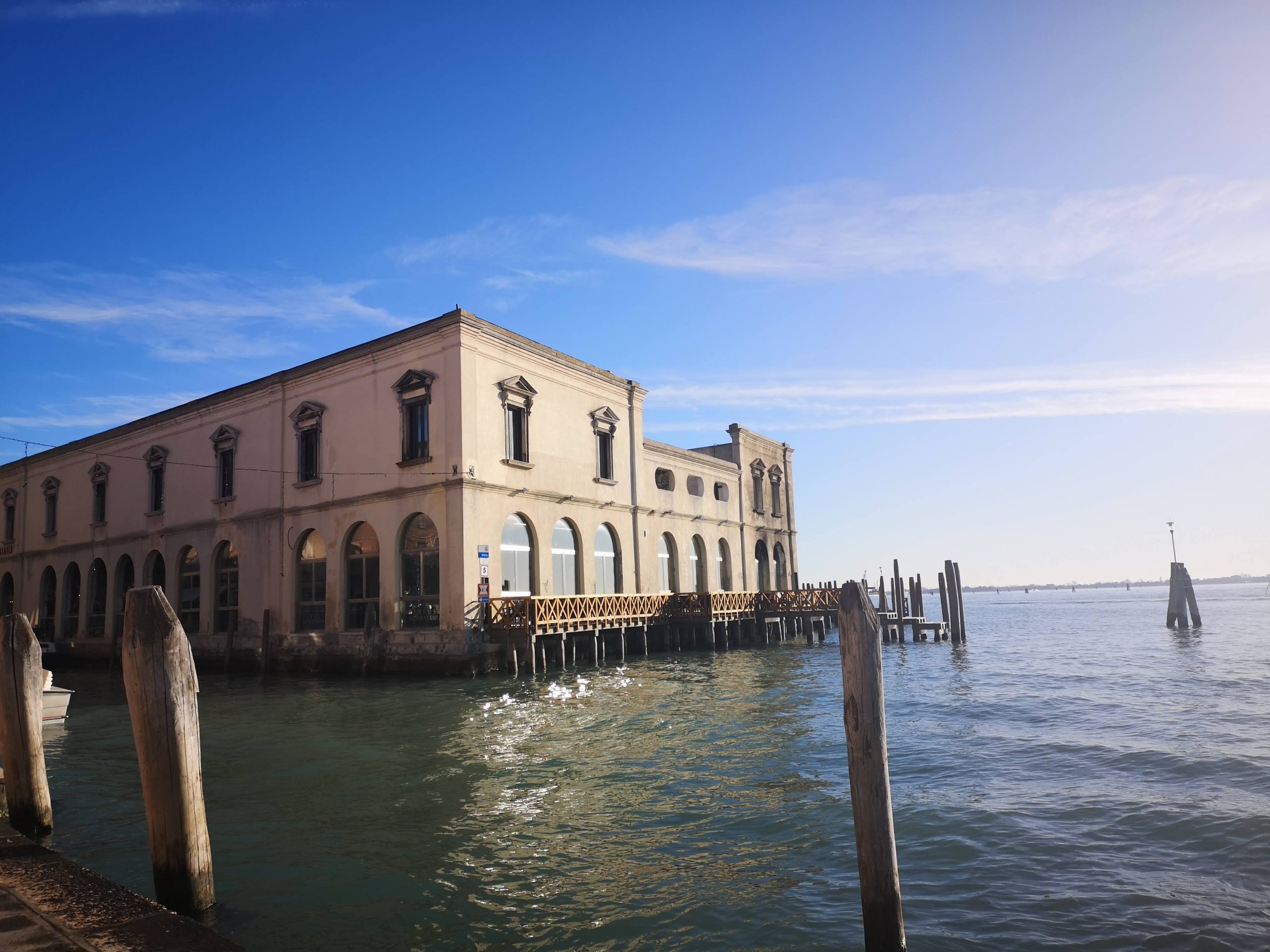 Glass beads were produced long before Murano glass industry emerged, and masters in ancient Egypt, and later in Rome, made beads for jewelry and decorations by creating, first and then cutting, thin glass rods. In the 14th century, the production of beads on the island of Murano began, and since then, they have become one of the key products of the Murano glass industry.

Before their widespread use in jewelry and in the manufacture of costumes, Murano glass beads proved to be very popular in trade with Africa, India and the Americas, such as to become known as “trade beads” because they were commonly used in place of money to buy precious African and American goods or even slaves. 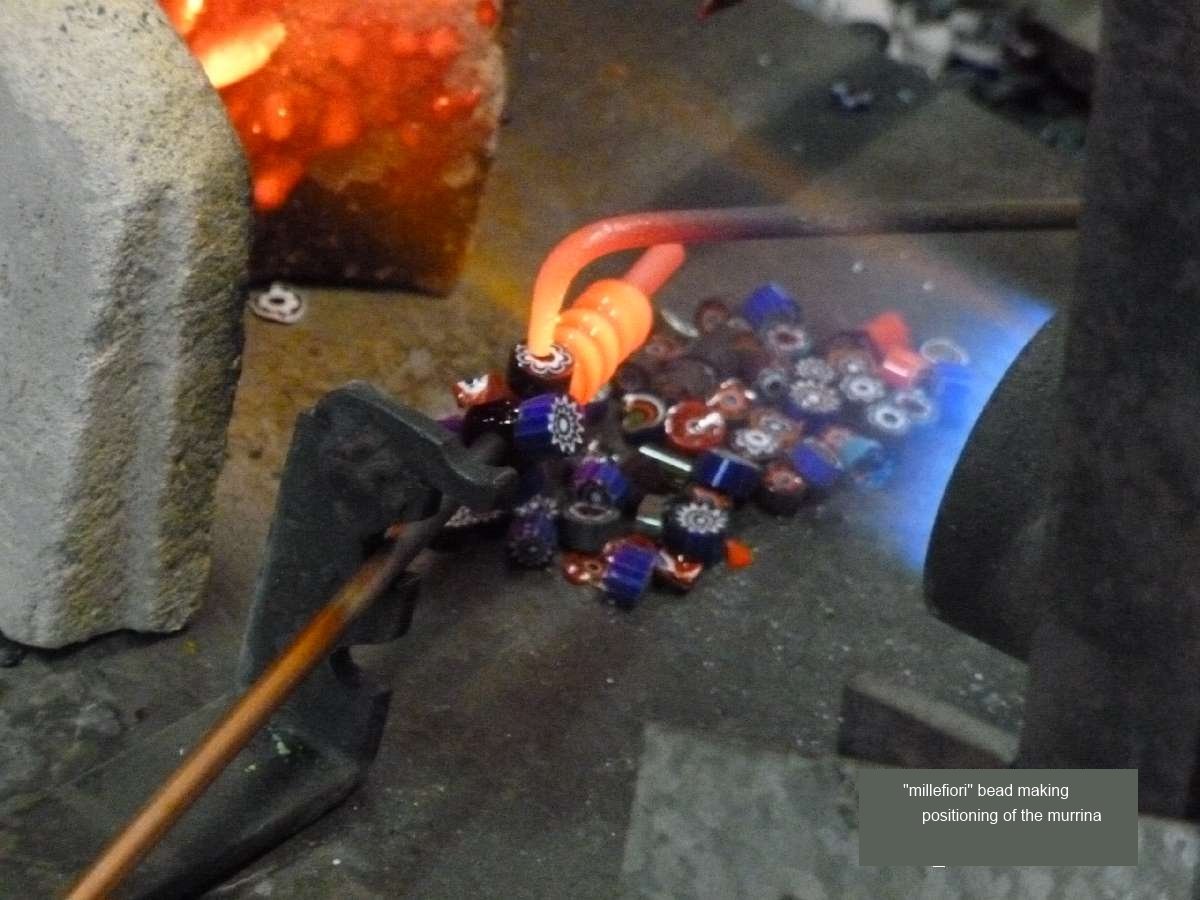 The main types of Murano glass beads are the “conterie” seed beads, the Chevron beads and the lampworked beads. While the conterie were made with very thin colored cylindrical rods and were commonly used for the embroidery of clothes, Chevron beads were mainly used as commercial beads. Chevron Murano glass beads with Millefiori-like floral motifs were invented in the 15th century by Marietta Barovier, daughter of the famous creator of the glass crystal Angelo Barovier. Then, in 17th century, the great invention in the world of Venetian beads, lampworked beads.

This millennial tradition has remained unchanged over the centuries and is still alive and present in Venice. 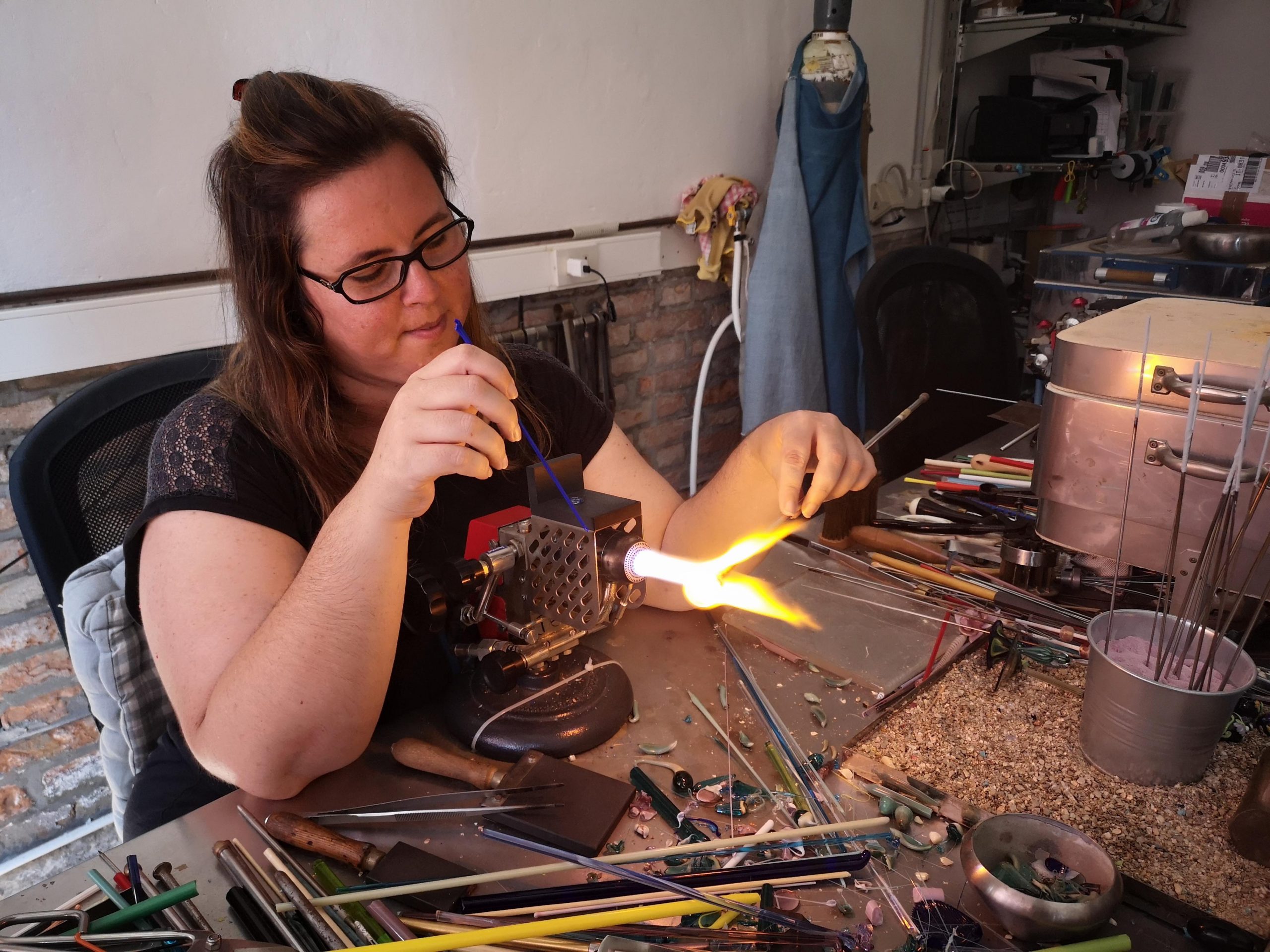 In Alessia Fuga‘s workshop, necklaces, bracelets, earrings but also small sculptures take shape and colors and meet the liking of those who love the cold and the light of Murano glass on the skin.

Alessia immediately offered her support to Anima Venezia – let her explain to you why! 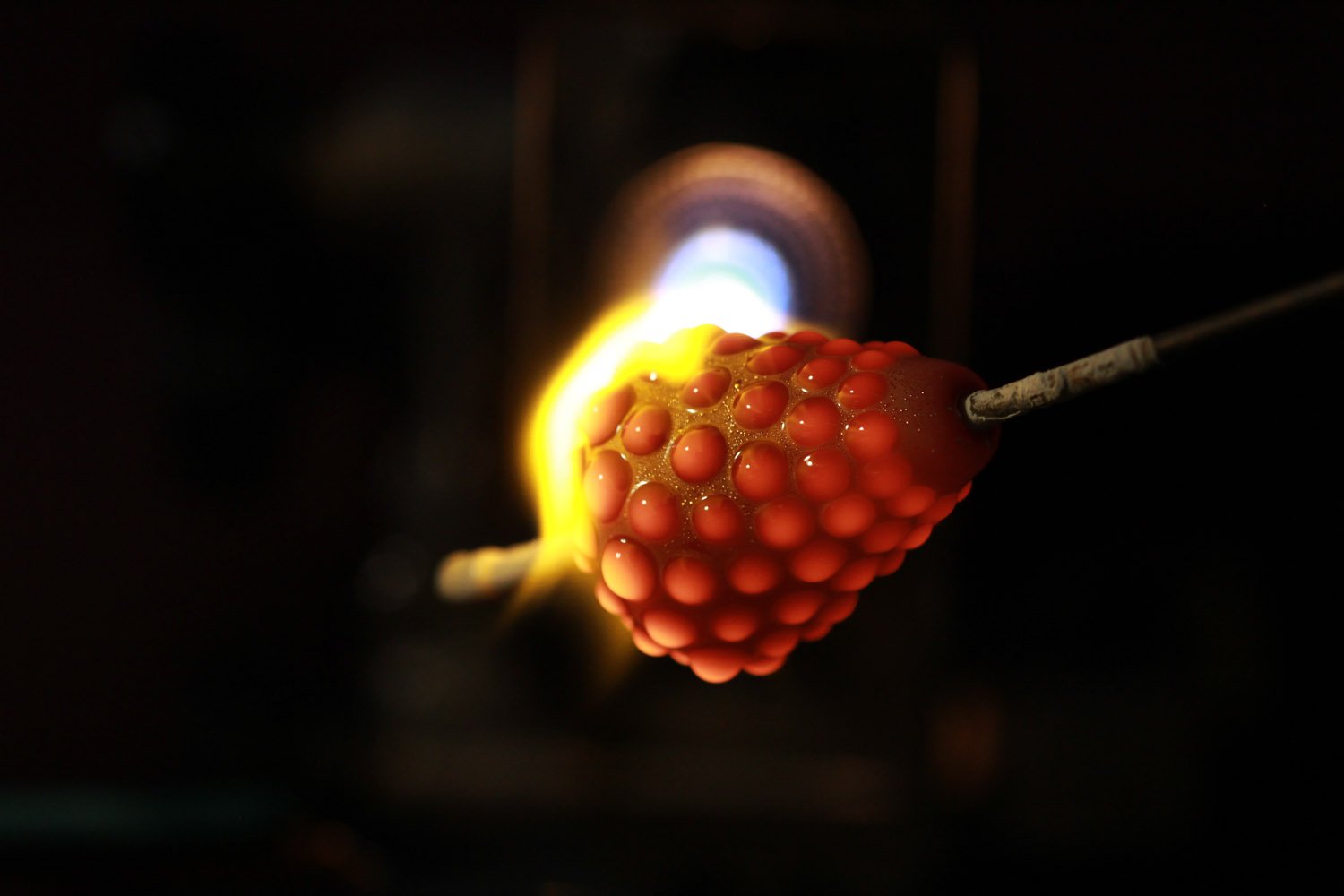 Who is Alessia Fuga?

I am Alessia Fuga, Venetian. I began my adventure with glass in Murano as an artisan in 2007. Over time I developed my work, increasingly following an artistic vocation by applying the lampworking technique for the creation of glass jewelry and sculptures inspired by my bijoux.

In addition to the creative part, I teach this technique to students and enthusiasts. 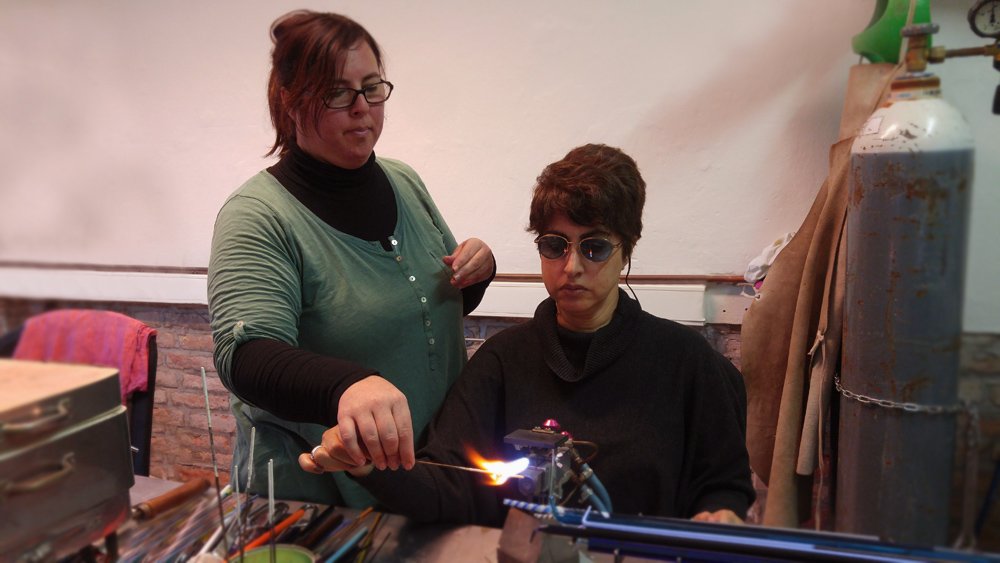 Why did you decide to give your support to Anima Veneziana?

I immediately liked the project for the positive meaning that the story of Anima Veneziana wants to give to Venice and those who live it. 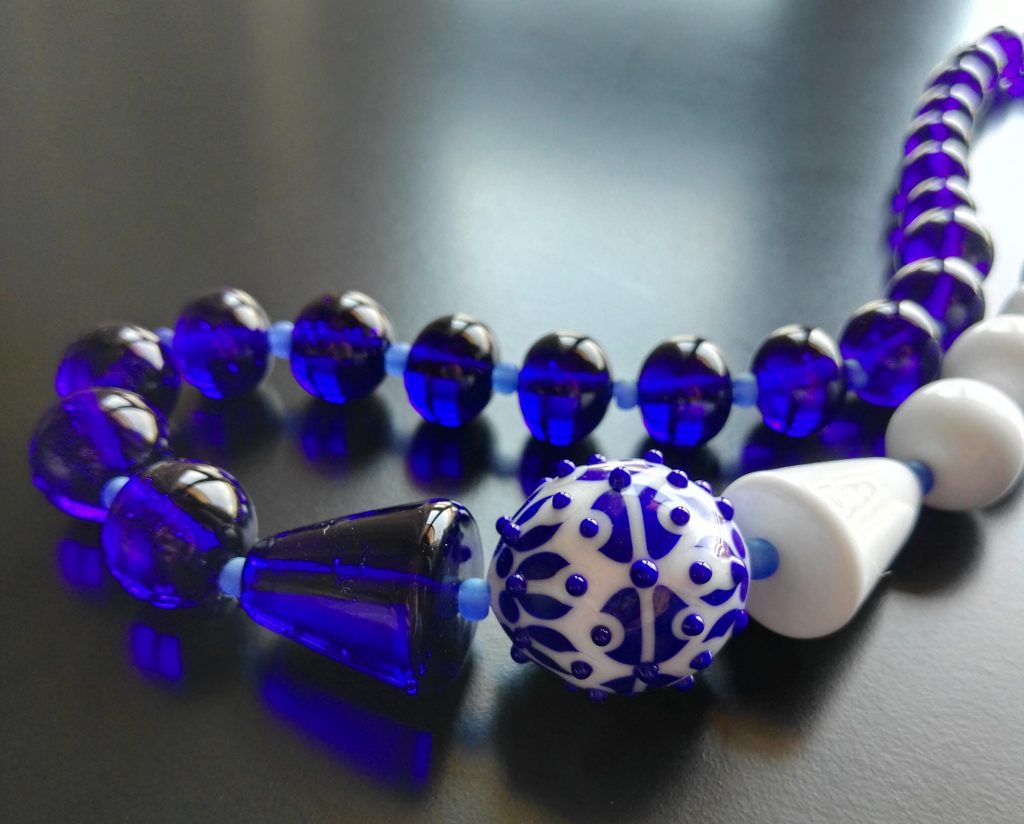 The later months have been, and are, complicated for the city, but Venice has the undeniable ability to withstand, in its beauty, very hard tests, So also those who live it. And I am happy that this project wants to highlight just that.

How do you dream your Venice?

For my Venice I dream that it can remain a city on a human scale. Where the rhythms of nature and those of the people who live and work there continue to intertwine in a special balance.

I dream that travellers can find here a space in which to rethink themselves and in which the inhabitants can continue to feel welcomed and enriched by beauty.

Thanks Alessia for your support!